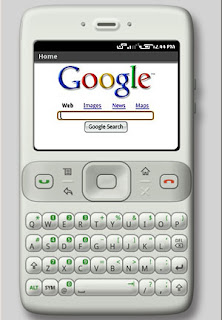 Smartphones which run Google's Android OS will now have Flash Player 10.1, thanks to a beta released by Adobe.
This will allow them to stream web videos and bring up flash websites. Adobe has in the past tried to get lesser versions of the Flash Player onto smartphones, but this is the first time that the full version will be employed.
The Chief Technology Officer at Adobe, Kevin Lynch, said: “A public beta will be demoed at the Google I/O conference of May 19th and 20th. That will be followed by a full version in June. Google also plans this technology for Android OS 2.2.”
Lynch added that Adobe is also working on flash players for other smartphones including Symbian, Windows Phone 7, BlackBerry and webOS. However Apple does not want Adobe to create flash capability for its iPhone.
Posted by Technology News at 12:57 AM

This is very helpful and informative blog....
Voip Phone Systems


This was an outstanding piece of content. I really liked it. I'll be back to see more. Thanks!


Post writing is also a excitement, if you know then you can write otherwise it is
difficult to write.

I am constantly surprised by the amount of information accessible on this subject. What you presented was well researched and well written to get your stand on this over to all your readers. Thanks a lot my dear.
카지노