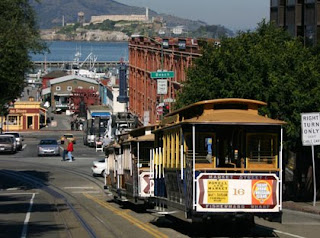 Some of the lustre may have been taken off of the occasion when a prototype 4G iPhone was found in a bar room toilet two months ago, but Apple is now wilfully releasing their new 4G smartphone.
The iPhone 4G is expected to take VoIP calling to another level bringing faster service and better call quality among other benefits.
The launch takes place at World Wide Developer Conference in San Francisco with none other than Apple CEO Steve Jobs himself doing the unveiling.
There are rumours that he will also officially present the updated Safari 5.0 web browser and the iPhone 4.0 OS. This new operating system will make many things easier on the iPhone, not least multi-tasking.
When the prototype 4G iPhone ended up in the hands of website Gizmodo, tech geeks marvelled at the new technology which included High Definition video and dual cameras as well as a new sleek design.
It is thought that the 4G iPhone will be available in the US via the Verizon Wireless network.
Posted by Technology News at 4:18 AM 1 comment: 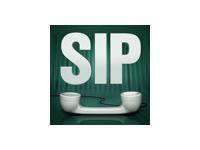 As more and more mobile phones have access to VoIP what we users need are more SIP apps.
One such is the Acrobits softphone app for the Apple iPhone, which is now allowing you to use 3G or WiFi networks for making VoIP calls.
The Acrobits app has some pretty sophisticated features such as the G.729A codec which gives better 3G.sound quality and ‘push notification’ which notifies you to turn on the app even if you weren’t running it when you received the call. The latter feature requires a Wi-Fi or cellular data internet connection and iPhone OS 3.0 (at a minimum). It works on other Apple products like the iPod Touch and the iPad.
Among many other features on the Acrobits app there is also integration with your iPhone contact book search function.
The app is incredibly flexible as you can easily import accounts from any of the main newtwork providers and it also offers multiple SIP account capability.
The Acrobits softphone app is available as a downloadable app with 3G capability and can be purchased through iTunes for $7.99.
So far it has had a good customer response with the ease of use being praised.
Posted by Technology News at 6:54 AM No comments: