The latest i-Phone design was been found in the washroom of a Californian bar after being dropped by an Apple engineer.

Gray Powell admitted dropping the phone in a bar near Apple headquarters in Cupertino, Redwood. The device gives us an insight into the latest new technology. 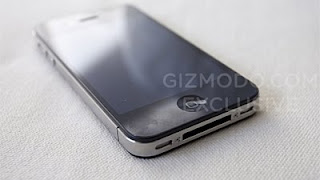 Not only does the i-Phone have a new sleek design, but new features too including a flash camera, and a video camera which is front facing. There is a larger battery and a smaller but higher resolution screen. It also has new mute and volume buttons while the straight metal back replaces the previous curvy design. It is thought to be the latest in i-Phone technology.

Industry experts and bloggers were certain that the phone was the real deal, despite it being disguised in a 3GS case, with one John Gruber saying that he verified the phone with Apple, after it was purchased by Gizmodo .

He stated: "After calling around I believe this is an Apple prototype - one which they are very interested in getting back."

All this has been confirmed now that Apple has ordered Gizmodo to return the i-Phone.

Bruce Sewell, senior vice president and general counsel at Apple, said in a letter: "It has come to our attention that Gizmodo is currently in possession of a device that belongs to Apple. This constitutes a formal request that you return the device to Apple."

Otherwise Apple has refused to comment on the story.
Posted by Technology News at 11:01 PM