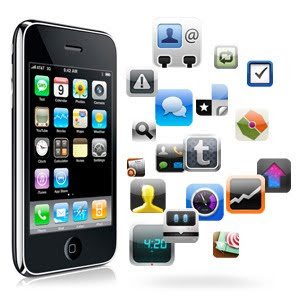 i-Phone applications can be useful or ridiculous, from handy interactive maps to an app which makes your handset sound like a shotgun reloading.

But one of the latest apps is a ground breaking advance which could change the way we communicate with autistic children.

Lisa Dominican developed the Grace app to help her two autistic children speak freely.
The success of the app may now mean that it is widely used in schools in her local area - Sydney, Australia.
The i-Phone touch screen can help autistic children who may need to associate words with images in
order to speak.
The app was based on the Pictures Exchange Communication system (PECs), in which photos of an object are built up and attached to a board to act as communication aides. All new words are added to the PECs doc which quickly becomes a large and unwieldy document.
Lisa explained: "You have to take, print and laminate the photos before attaching them to the board, and repeating this is very time consuming.
"But because the child can just point to an image on a i-Phone, the process is quicker and easier and there is a reduction in frustration behaviour.
She added: "As autistic children are capable of throwing massive tantrums, this is excellent news."
Lisa plans to sell the software in schools, while Aspect, Australia's largest autism organisation has also registered its interest.

Posted by Technology News at 1:18 AM